Why is it called Los Muertos Beach? 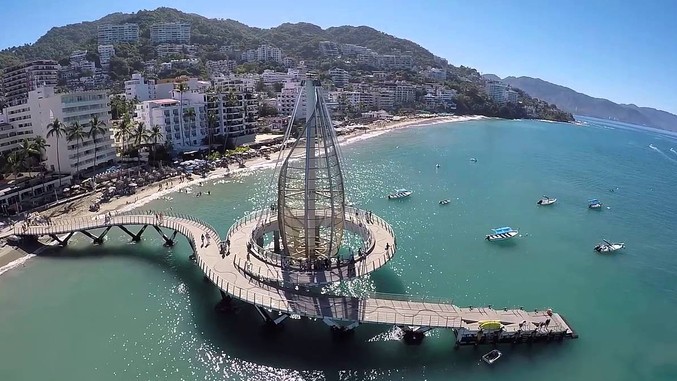 Los Muertos literally translates to The Dead, which seems a little gruesome for a beautiful beach where everyone always has a great, and lively, time with their families! There are many varied and exciting stories about where the beach’s name may have originated, but no one is quite sure which legend, if any, is accurate!

One legend states that there used to be a cemetery on Los Muertos Beach. As Puerto Vallarta grew, they city had to remove all of the graves from the beach and relocate them to another cemetery, farther from the city center. The story alleges that the beach was then named Playa del Sol, but the locals continued calling it Los Muertos Beach – so the name remained, even after the dead did not.

The second legend of the name of Los Muertos Beach dates back to when Puerto Vallarta was still a small port town and pirates came ashore to bury their treasure under Los Muertos Beach (prior to the name, of course). On the day the captain came back to claim his booty, no one remembered exactly where they’d buried it, so they all began digging and when they finally found it, no one wanted to share. A large and bloody fight broke out until there was not one single survivor left alive. This beach is allegedly where all the bodies of the pirates have laid to rest for centuries.

The third story of why Los Muertos beach is named as such also has to do with pirates. It’s said that the pirates came to Puerto Vallarta to steal what little possessions the local residents had. Of course, the locals resisted and it ended in a great battle between the locals and the pirates. One day, the resistance was so great that the battle left several dead from the confrontation – exactly in the location of Los Muertos Beach – and from those who died in this battle, legend has it that the name of the beach arose.

You can come visit and see for yourself which story you’ll believe when you stay at the best LGBT hotel in Puerto Vallarta at Almar and relax at the exclusive Mantamar Beach Club & Bar located right on Los Muertos Beach. Los Muertos beach has undoubtedly become the central meeting point for the LGBT community in Puerto Vallarta for an unforgettable vacation in Mexico. Now that you’ve heard the legends, visit Los Muertos Beach on your next visit, located between Mantamar Beach Club & Bar and the famous and decorated Pier of Puerto Vallarta. Relax in the sun on the most famous gay beach, with the most interesting name, in Mexico!