An open gay family makes it to open TV 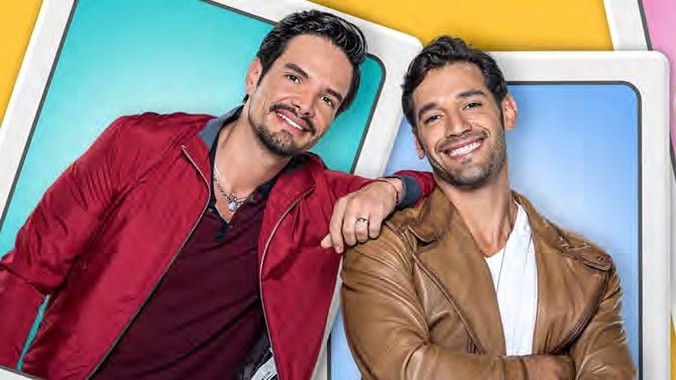 Open television in Mexico has always been made with soap operas and TV shows where traditional families is all there is: mom, dad and children. This time, Televisa is betting on a new audience with a soap opera that includes an open gay couple: “Papá a toda madre”.

This sitcom-type soap opera, premiered on Sunday, October 22nd, will be starring actors Andrés Zuno and Raúl Coronado. It’s been said that it’s planned to show human and respectable characters, uncharacterized or scary as most of the time have tried to do.

Now well, this new proposal will show five families around which the story will happen. One of them will be formed by Rafael Restrepo, the veterinarian; and Rodrigo Conde, a policeman; a couple of lovers which will have to face the acceptance of some short-minded people living around them and especially the children. Both of them will fight against prejudice and will have to show society that there are different kinds of families and that diversity does exist.

Besides, the soap opera will be starred by Maite Perroni, Sebastián Rulli, Ana La Salvia, Raúl Araiza, among others. The main theme of the telenovela will be interpreted by the singer Fonseca.

So, prepare the couch and your favorite snacks to watch the show and this major advance of the LGBT community in open television. Tell us how what you think!