Call Me by Your Name will be your favorite! 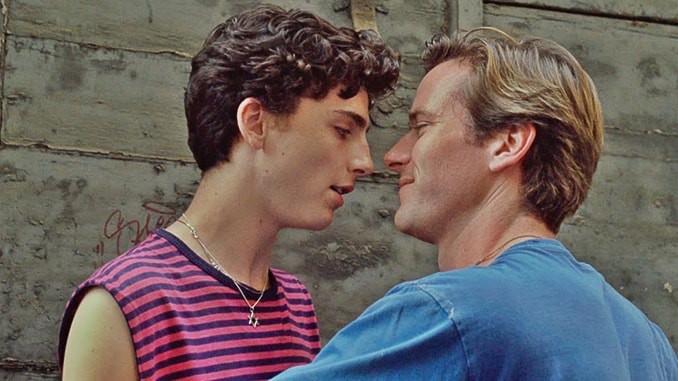 We all knew this love story would make it to the big screen, that it would be one of our favorites, and that it would become a classic among LGBT films because the theme focuses on something we all experienced for the first unforgettable time: love. Call Me by Your Name is currently out in theaters and it’s a masterpiece that you can’t miss!

The film is based on the original novel by author André Aciman, and when it was published in 2007, it became an immediate success. It was precisely that spark of genius that caught the eye of director, Luca Guadagnino. The plot is developed in Northern Italy and set in 1983. It tells the love story of a 17-year-old teenager, Elio Perlman (Timothée Chalamet), and his father's handsome and charming assistant, Oliver (Armie Hammer).

Fall in Love with Call Me By Your Name

Considered one of the best films of 2017, it has already received three Golden Globe nominations as Best Film, Best Supporting Actor and Best Dramatic Actor. But that's nothing! The movie didn’t go unnoticed at The Academy of Motion Picture Arts and Sciences in the United States, where it received three more Oscar nominations for Best Adapted Screenplay (James Ivoy), Best Actor (Timothée Chalamet) and Best Picture.

For experts in cinematography, Call Me by Your Name is a carefully crafted work of art. It reaches the viewer in an emotional way where each one of us can identify with the story. That’s precisely what we look for in gay cinema: to see our experiences reflected and to feel understood.

There’ve been a lot of gay movies produced lately, but there are very few that have the full acceptance of the LGBT community. Call Me by Your Name will be one of the most praised in gay movies. In Mexico, it was just released this month. We hope you take the opportunity to see the movie yourself and if you’ve already seen it, take a moment to tell us what you think below.