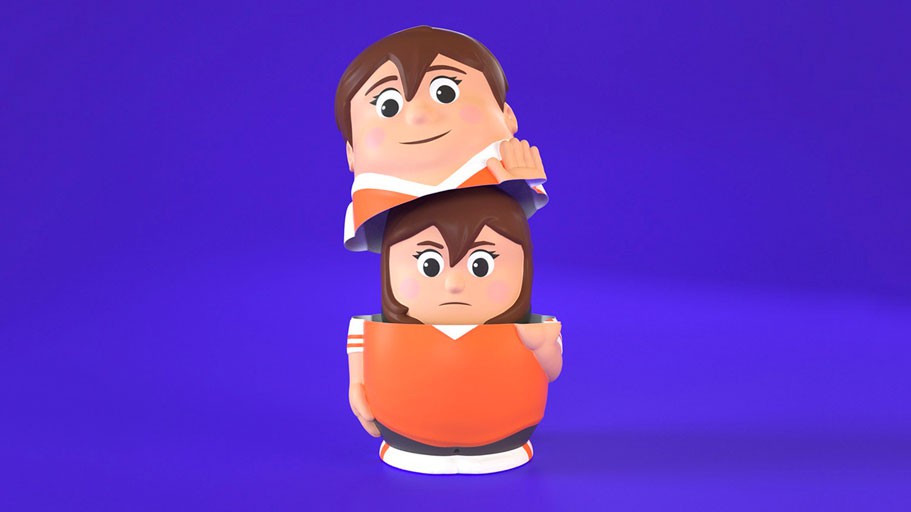 Aiming to help children to easily understand a transgender person’s evolvement, the first toy in the world, considered as transgender, has been created.

A Non-Governmental Organization in Canada, which is in pro of the LGBT community rights, had the idea of developing a toy that has created controversy over the issue it addresses: transsexuality.

Imitating the famous and traditional russian dolls, called matryoshkas, recognized for having one inside of another; Sam at first sight is a boy and as the toy is opened, its previous stages or facets are discovered, until it reaches the age of a female newborn which contains a heart inside.

The history in the short film that presents Sam is touching and moving, since small, it is identified as a woman, and it shows how step by step it begins to identify with certain activities and likes things that are typical of men. Over time, it is her brother who helps her changing her appearance.

Gender Creative Kids, creator of the design; took the task to talk with a group of families with transgender kids, who collaborated with information and shared real life experiences. So its creation is supported by people who have faced this kind of situation.

So far, Sam is not available in Toy Stores, the NGO haven’t found enough resources to mass produce it. That is why a fundraising was launched on Kickstarter to get the enough funds. It is expected to raise 100 thousand dollars to start marketing it.

We want to see Sam in every toy store in the world, or even better, in the hands of many little children, making it the leading star of their many imaginary stories.

If you want to join the cause, enter to: http://ow.ly/Pedj30dS1nw and follow the instructions.