Daniela Vega inspires the world at the Oscars 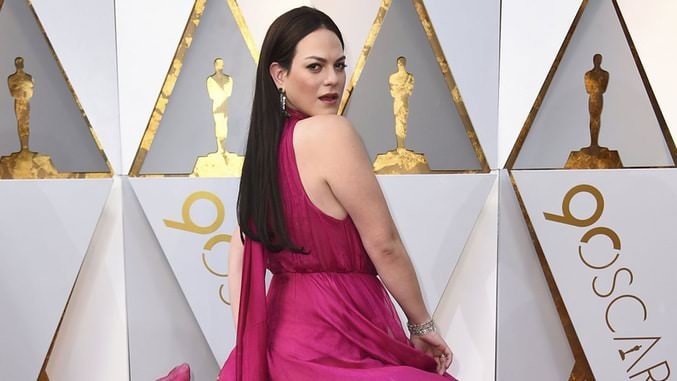 We sit at the edge of our seats each year to watch the winners of the Oscars, the coveted prize awarded by the Academy of Arts and Cinematographic Sciences. The entire production is a spectacle to be admired. From the live performances to the dresses to who wore what better to the choice of presenters. This year, we were awarded with someone new and unexpected, a breakthrough for the LGBT community, transsexual actress Daniela Vega is the first transsexual in history to present at the Oscars.

Chilean by birth, Daniela Vega is a transsexual, protagonist of A Fantastic Woman, a film that this month won an Oscar for Best Foreign Film; the first for Chile in this category. This is what qualifies Daniela Vega to be the perfect person to represent the LBGT community on stage at The Oscars in 2018. She made history by being the first openly transgender person in history to be a presenter at the 90th Academy Awards in 2018. What an accomplishment.

Daniela Vega won Best Leading Actress for her role in A Fantastic Woman at the Celeuche Awards and was nominated for Best Actress at the International Cinephile Society Awards. A Fantastic Woman is a feature film that portrays the life of Marina Vidal -a transsexual woman- who faces the sudden death of her partner and who not only has to face the mourning of the loss, but also the prejudices of a misinformed society regarding sexuality.

"I feel like it's a label that doesn't bother me, transsexual or transgender, on the contrary, more than pride, it gives me physical pleasure, and if I have to be born again, I would be transsexual again, I am proud to be transsexual. It has given me endless freedoms and from those freedoms I got out of endless prohibitions." Daniela Vega declared in an interview for a media outlet two years ago.

An Icon of Courage

Daniela Vega who used to work as a hairdresser has now become an icon of courage to share with everyone the acceptance process, the history of the struggle and most of all, not to be afraid of a conservative society that carries machismo as a flag.

"I dedicate this moment to love and to the women of the world, to all," wrote Daniela Vega on her Instagram account, as well as ensuring that "dreams do come true". And it is precisely because of those dreams that the struggle for the rights of the LGBT community should not stop, each day there are more goals that we can achieve together and that we have to celebrate as a collective LGBT community on a daily basis. Now Daniela Vega is a clear example of that.