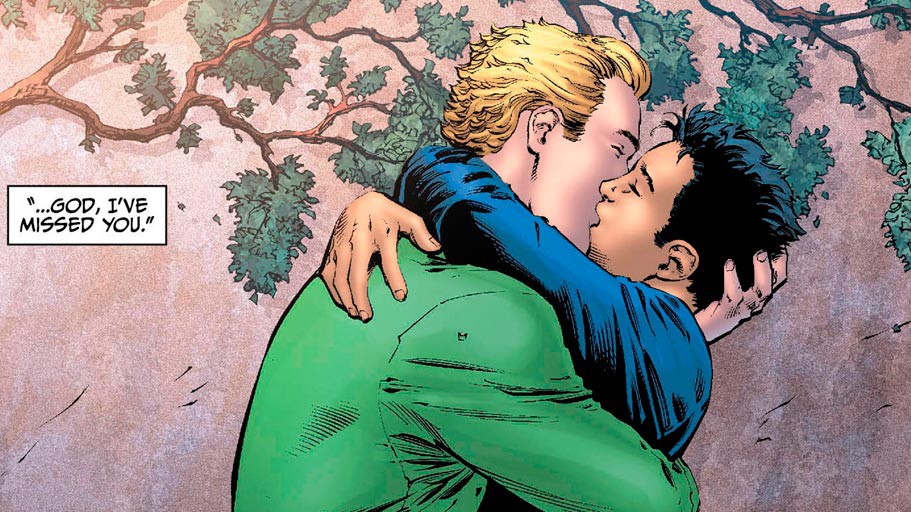 All of us in our childhoods and even today, have seen at least one of the characters from DC Comics, some are fans of those superheroes, many more of the complete company. If you are one of these, we believe that you know about what the the creators of these stories have done for the LGBT community and you will love this news: they are about to receive recognition for their labor towards diversity.

The GLSEN (The Gay, Lesbian and Straight Entertainment Network) association wants to give an award to the publisher for the support it gives to the LGBT community through comics, a massive pop culture media that seems to have more and more acceptance and therefore more followers around the world.

The "Visionary Award" to be taken by DC Comics is granted to those who "show various arguments". In the press release announcing the award, characters like"Batwoman", the lesbian heroine are highlighted; in addition to Alysia Yeoh, the first transexual hero in comic book stories.

"At DC, we are committed to telling stories that reflect and inspire the diversity of our audience, and we look forward to celebrating with students and LGBT activists across the country," said Diane Nelson, leading editor of DC Comics.

It will be on October 20th, when DC Comics receives "Visionary Award", the award ceremony will be in the city of Los Angeles, California. They claim that all their followers celebrate with them that day, so it would be a good opportunity to send them a message of support through their networks, as they have done to the LGBT community on many occasions through their characters and stories.