Do you know the "Topless Baker"? 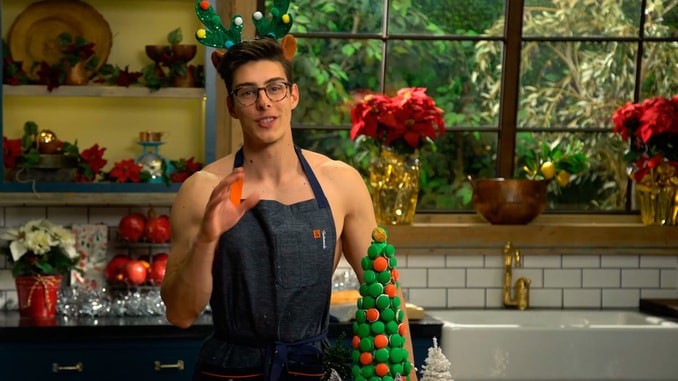 Do you remember the Peruvian chef who cooked in his underwear? Now the Internet gives us a new reason to smile and stay alive, and is that recently became a new character that has us all attentive to all the material published, it is Mad Matt Adlard.

The Instagram confectioner or better known in social networks as "Topless Baker" has captivated the hearts of his followers. It is not precisely his recipes that draw attention, but his turning body at the time of presenting his recipes.

The British chef created this concept "topless" precisely for what you imagine, attract attention, get more fans and according to him, we all learn to cook desserts with ingredients that any of us could get. His technique was so successful that until now it has reached 160 thousand followers on Instagram and is about to reach 235 thousand subscribers on YouTube.

Despite not being a chef by profession, Mad implemented his knowledge as a publicist, a career he studied and apparently knows it well, because he decided to publicize his muscles to become a star of social networks.

The sexy "Baker Topless" is backed by the talent of his father, a gastronomy professional who has a Michelin star, recognition that is given that restaurants featured for quality and care of food, is an award not very easy to get . By the way, it was his father who recommended that he not dedicate himself to the art of cooking, luckily he knew how to take advantage of it!

A barely 25 years old and a peculiar way to cook, he is one of the most popular Internet chefs. His work has been so successful that he is now fully dedicated to the production of his videos. He put aside his advertising work to continue with the family passion. What is giving you to live!

If you want to learn to cook basic desserts, well presentable and also delight yourself with an eye candy with the sexy Mad Matt, do not hesitate to add to your list of followers. If you think that your kitchen is not your, at least your muscles will make you spend a stress-free moment.