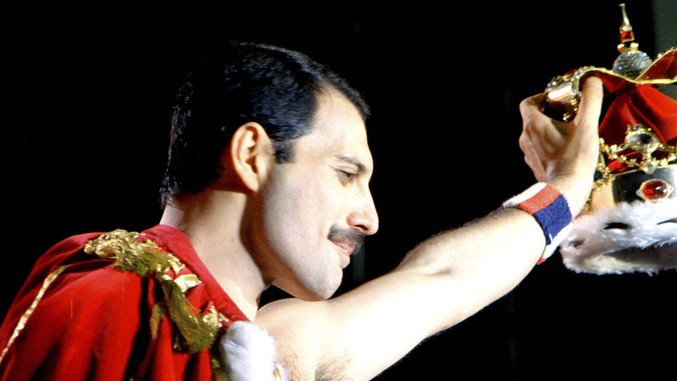 There are many idols that have gone down in musical history, but few legends who’ve left such an incomparable legacy as Queen and its vocalist, Freddie Mercury. His story will now be on the big screen this winter to show us the exciting life and times of Freddy Mercury as well as an up-close view of his experiences with Queen throughout the years.

Known as a worldwide inspiration in the gay community, Freddie Mercury and the band Queen remain the idols of many generations. The film is titled, Bohemian Rhapsody, and be in theaters the first week of November 2018 in Mexico. The first trailer for Bohemian Rhapsody premiered online a few days ago and achieved its goal of flooding social media networks with positive comments from all of the loyal Queen fans from 1970 to present.

The life of Freddie Mercury is well known, as he fought the battle against HIV and died just a day after he made his public statement that he suffered from HIV, the same disease that has caused thousands of deaths around the world.

Being a member of the gay community and being accepted by millions of followers is not an easy task, much less in the 80s and 90s, but Freddy Mercury achieved it through his talent as a composer, singer and pianist. For that reason and more, Freddy Mercury is, and will always be, an inspiring icon in the LGBT community whose legacy will live on.

We know you’ve sang along with at least one Queen song with the unmistakable voice of Freddie Mercury. Queen had dozens of chart-topping hits throughout the many years they were making music, and we all continue listening today. Songs like Under Pressure, Bohemian Rhapsody, Another One Bites the Dust, Radio Gaga or the famous We Will Rock You / We are the Champions, of course you've sung them over and over! In this movie first trailer, we see that they Bohemian Rhapsody the movie, will include the process of making these great hits as one of the many themes of the movie.

Now, we just have to wait anxiously for November to come to be able to enjoy the legacy of Freddy Mercury, an inspirational icon of the gay community, and his legendary rock band, Queen. We want the time to fly by to enjoy Bohemian Rhapsody, the movie!