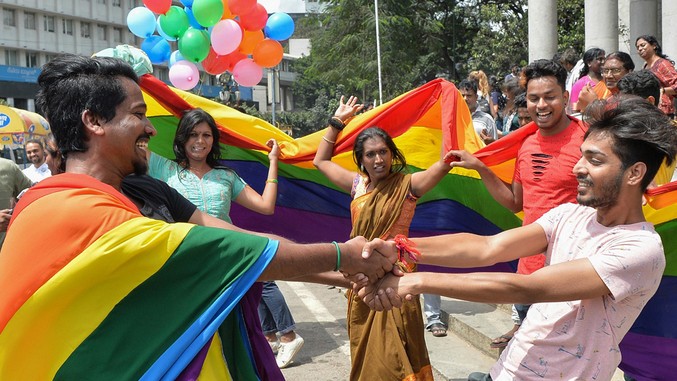 The rights for the LGBT community are gaining more ground each day throughout the world. Many countries have taken actions to decriminalize that which is, in some nations, still considered a crime. A few days ago, India made history with the decriminalization of homosexuality.

The Supreme Court of India annulled the law that stood for almost 150 years that banned and penalized sex between people of the same sex. This being an advance for the LGBT community in India and throughout the world. More and more countries are giving equal rights to the LGBT community!

The court announced the verdict in New Delhi as thousands of people gathered to celebrate the decision and LGBT activists cried and embraced with excitement. The struggle has paid off because the law imposed that the British colony that prohibited homosexual relations was considered null and void as "against the order of nature", a fact that was punished with up to life imprisonment.

This decision is the greatest achievement for LGBT rights activists in India and means a new hope for all those countries that are still governed by laws that go against human rights.

The homosexual activist Bharat Bushan, who is one of the organizers of the gay parade in New Delhi, he described the act as a great celebration: "It's a new beginning, the LGBT community can have a normal life and demand to start having more human rights."