He’s a chef, is handsome, and cooks “naked"! 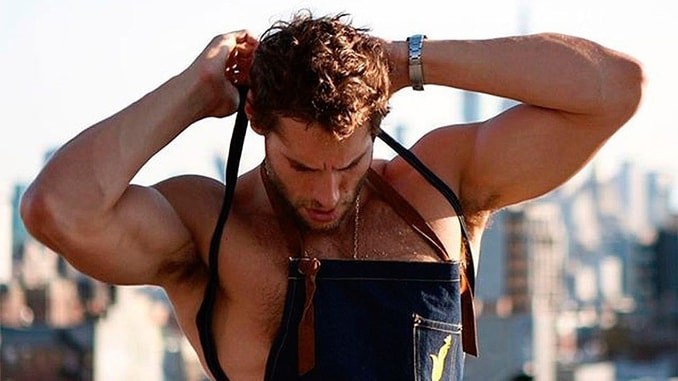 For some time, social networks have made many personalities jump to fame thanks to their ingenuity and charisma. And precisely this is the case of a Peruvian chef who has gone viral thanks to his cooking tutorials. Well, actually more than that is because of his sculptural figure when making his videos.

With more than 300 thousand followers on his Facebook page, Franco Noriega has captivated his fans with his sensual outfits in his tutorials. He doesn’t leave much to the imagination, and it's something that we all appreciate! Not everyone has talent in the kitchen and at the same time enjoys a spectacular body. Also, he knows how to show off his underpants!

The resident of New York, came to the "Big Apple" with the intention of becoming an actor, he met a photographer who led him to be a model for brands like Dolce & Gabanna and Burberry but that did not stop there, he insisted on preparing professionally studying in the International Culinary Center. Now we understand everything!

Showing his sexy side to teach us to cook -although for many is what we least care about when watching his videos-, demonstrates his security and astuteness to attract customers also to his restaurant Baby Brasa, where the specialty is his food creations traditional gourmet from his native land: Peru.

If you doubt your talent, check out his video of the recipe "Chia Pudding", which until now has ten and a half million reproductions. A big success on Youtube! Because that way of showing off his shapely figure can’t be done by anyone.

If you still don’t know Franco Noriega, it's time to follow him on his social networks and learn to cook. Enjoy it!