I am happiness on Earth is now on Netflix 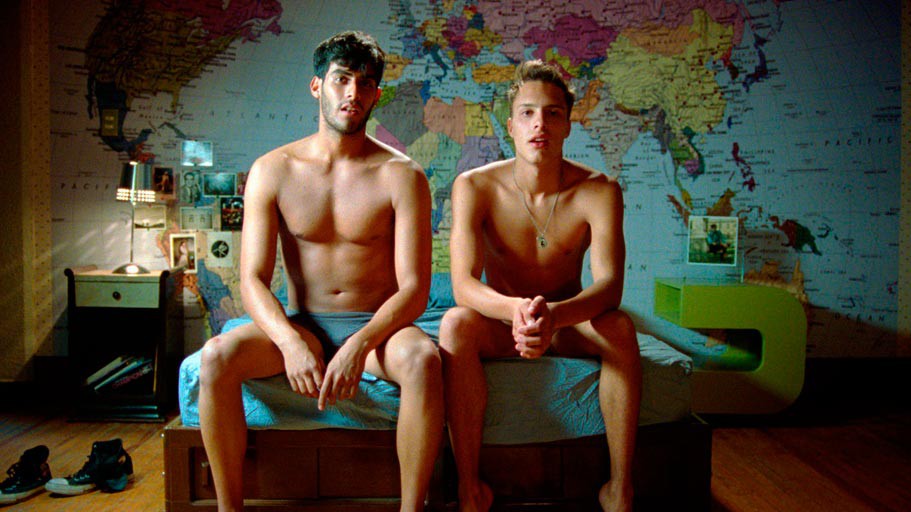 One of the best gay-themed Mexican films received by the LGBT community of our country, it is undoubtedly I am the happiness on Earth and now, you can enjoy it on Netflix!

Released on 2014 and directed by Julián Hernández, who also has ran films like El cielo dividido or Rabioso Sol, rabioso cielo; in this new movie which will become one of your favorites because of the theme it addresses, surely in some scene you will be identified with some of the characters.

Well, here is something about the story and we will try to convince you, so that you understand better, we will start by telling you that the main character is named Emiliano, he’s a film director in an artistic crisis and he plans to film a documentary about dance, it’s in that process where he meets a dancer who’s a big movie fan, named Octavio. This is where the story is centered. At first glance the attraction between the two characters is mutual and immediate, so much that Emiliano will forget his encounters with prostitutes.

The film has both gay and straight sexual scenes, and to get your attention, we'll tell you that it has explicit content! I am the happiness on Earth is a bit complex, but something that you will notice is the love and difficulty of personal relationships in which you will be reflected.

So, this weekend you already have one more option on your movie marathon list. Whether you watch it alone, with your partner or friends, together you will enjoy it the same and will have much to talk about.