Celebrating the March on Washington 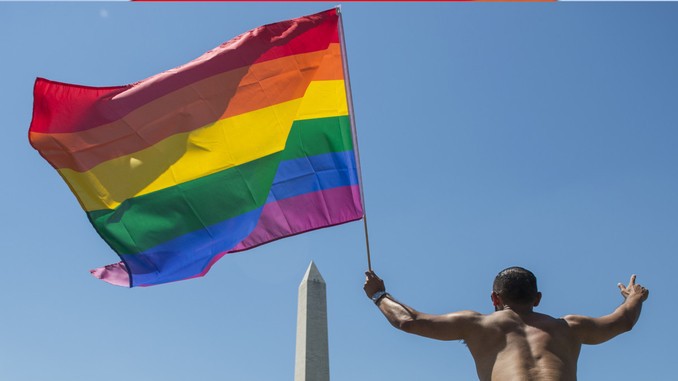 There is so much to say about the giant strides that the LGBT community has made since the March on Washington in 1979. Several of these topics have not been solved, but it takes the dedicated people – many in anonymity – who’ve dedicated a large part of their lives to seeing a single dream fulfilled: equality for the LGBT community.

In United States of America there is an annual March on Washington to commemorate the first struggle for LGBT Rights. It was held on October 14, 1979 and had a power of convocation of between 75,000 and 125,000 attendees. Among the first, the demand for civil rights for the LGBT community and the enactment of laws that would protect them. This first peaceful demonstration was followed by those of 1987, 1993, 2000 and 2009.

The National March on Washington for LGBT Rights has many heroes that cannot be lost in the sands of time. It was originally promoted in the 70´s by San Francisco Gay Supervisor, Harvey Milk, shortly before his assassination in 1978. Then the New York gay activists, Steve Ault and Joyce Hunter, resumed Milk´s unfulfilled plans for the March. It began near the Capitol building and passed the White House, ending on the grounds of the Washington Monument.

This year, The Advocate magazine pays homage to the organizers of the march with "50 Years, 50 Heroes: Honoring the Organizers of the March on DC" in this honor the names of Neal Broverman, Robin Tyler, Lucia Valeska, Troy Perry and Phyllis Frye all all included. People of whom we must thank who were the strength at the beginning of this national movement that has remained in the history of the LGBT community in the US and has inspired thousands worldwide.

Whatever the number of people attending these peaceful demonstrations for LGBT rights, it will always be well accepted as long as the goal remains to fight for the fulfillment of the civil rights for all citizens. Don’t doubt it, march, demand your rights and live a life that respects everyone equally.