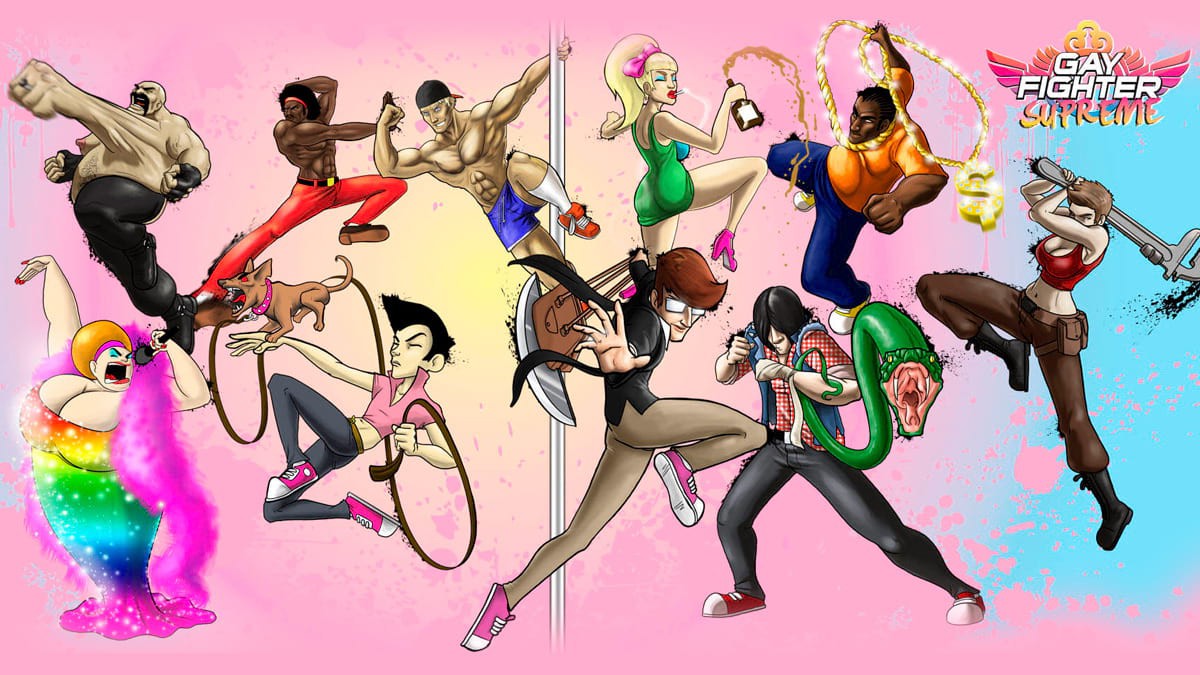 Remember the boom in your childhood of a video game called Street Fighter? Sure you do, but you did not play it because it looked very aggressive or exclusively for machos.

Thanks to the step by step acceptance of the LGBTTTI community, Gay Fighter Supreme arrives. A gay fighting game for all gamers at heart.

Created by Michael Patrick and developed by Handsome Woman Productions. The game is very alike to the 90’s exit Street Fighter and the popular Mortal Kombat.

The plot begins in the United States with the disappearance of Josh Maxx, winner of the first annual competition of gay fight held in 2007, three days after his triumph. Having left the tournament without a representative, now ten new participants face to win the title. In the development of the competition there is something dark and disturbing, that is that the creators of the tournament, the Opresores Zelotes Santurrones League (LOSRZ) made the contest to meet their own interests and get the LGBTTTI community self-destruct by trying to convince the winner to carry out their evil plans.

Among the characters you will find transvestites, drag queens, bears, gogos, boys in leather, and more. There is room for the whole community. The exotic Gogo Gary, the delicate Timmy Spears or the Las Vegas bisexual dancer Jackqlyn Daniels will make you spend hours of fun as you stand between them. Just imagining Carrie Cupcake, the devilish drag queen from Houston taking prisoners to their opponents and then whipping them with their feather boa or wig will make you want to download it today from the Play Store of Apple Store.

The launching of this game has brought with it opinions in pro and against it, some users brand it as offensive and say that it tries to stereotype the whole community. But let’s not forget the most important point and main objective of its creator: the LGBTTTI family should not fight each other.