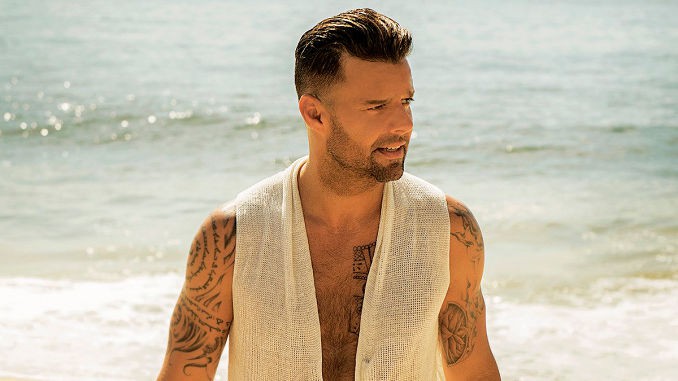 Apparently, Mexican and Hollywood artists are not the only ones who have fallen in love with Puerto Vallarta. Now, Ricky Martin will join the list of celebrities who visit our destination and decide to show off the beauty of our paradise to the world.

Shortly before the concert he offered at the Zócalo in Mexico City before more than 100 thousand people, Ricky before the press filled with praise to Mexico, saying that it is a country that never gives up in the face of adversity, referring to the events that took place in September due to the earthquake that shook some areas of the country and left many deaths and affectations. To later declare "I will practically start next year here in Mexico. I will be visiting Puerto Vallarta where I will film my next video and that wonderful land has to be seen by everyone."

Just a few days ago, the Tourism Trust of Jalisco confirmed the news, the Puerto Rican would visit the port to record his new video clip that will include natural scenarios such as beaches, jungle and the center of the city.

It is not the first time that the artist visits these courses, remember that in December 2017 he was vacationing in Riviera Nayarit with his current partner the Swedish-Syrian painter Jwan Yosef. In those days, it was even rumored that they had married and this trip was part of their honeymoon.

In short, it is well known that Ricky Martin is synonymous with quality and success in each of the projects he does. His songs always with a Latin touch and his sensual videos make him the favorite of many around the world.

Once again, we have to applaud the Puerto Vallarta Trust for convincing who is one of the main icons of the LGBT community in the world that this was the best scenario to record their video, as it did before with the British Sophie Ellis- Bextor We only have to wait for the year to begin so that the filming begins. Hopefully you can see yourself on our beaches during your stay enjoying the sun as he likes: with his tiny bathing suits and sporting the sculptural beauty that over time, exercise and discipline has achieved. We would all appreciate it!