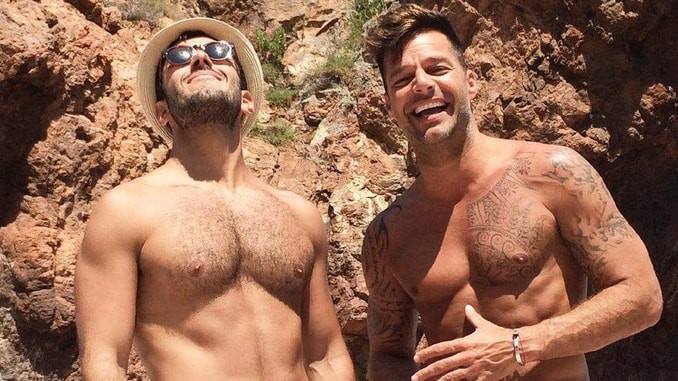 The Latin artist with the most projection in the world of music, without a doubt, is Ricky Martin. His career and life will always be in the interest of his fans and just a few days ago, he confessed to having married to his boyfriend Jwan Yosef.

The artist finally said “I do” after having had romances with artists like Rebeca de Alba or businessman Carlos González. With the latter was with whom he accepted his homosexuality and gay relationship openly in 2010 through a publication on his official website and shared on social networks.

It was to E! Entertainment Television to whom he granted an interview in which he declared to be married: "I am a husband, but we are going to have a great party in a couple of months". The Puerto Rican said about his relationship with the Syrian painter Jwan Yosef. With whom he began his courtship in 2016.

Ricky Martin and his husband met on the internet, when the singer was looking for works of art to buy and found the artist's work on Instagram. Since the interpreter of Livin 'la vida loca sent the first message to Yosef until the moment they met, six months passed. "We talked about art, nothing sexy, it was all about art and about life in general, then I went to London and finally we met."

The speculations of the wedding began when Ricky shared an image with his children and Jwan, in which it seems that they are wearing the wedding rings. Despite the difference in ages, Ricky 46 and Jwan 33; It seems that they are sure to be the one for the other. "We exchanged vows and did all the oaths we had to do, we signed all the papers we needed, the prenuptial agreement and everything else," he said in the interview.

So far, the couple has not yet decided where their wedding celebration will be, what they do know is that they want a three-day party. It will undoubtedly be the party of the year, the meeting point of great celebrities and the place where anyone would like to be.