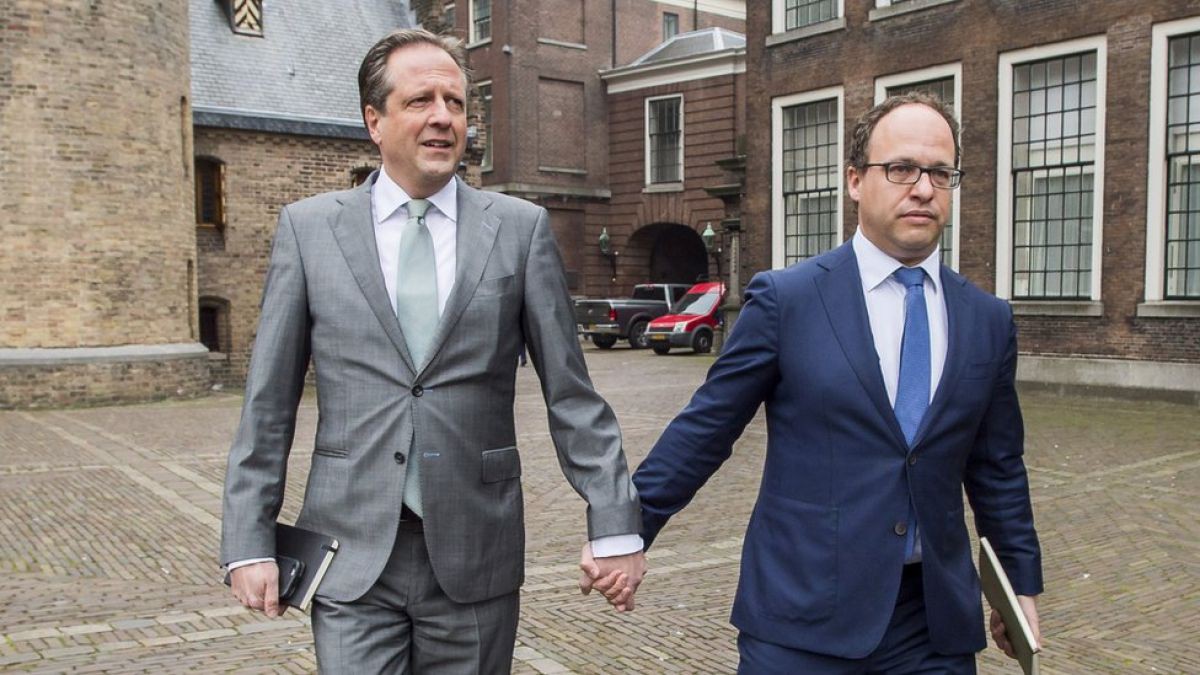 Apparently to deserve a beating, it only takes two men to walk the streets holding hands. That is the intolerance experienced in the city of Arnhem, Holland, where a couple of homosexual boys were insulted and then attacked by a group of teenagers between 14 and 20 years old armed with cutters.

Jasper Vernes-Sewratan y Ronnie Sewratan-Vernes, were walking the streets after midnight to get back home after a party night. They never imagined that they would be violently verbally and physically attacked. One of them was hit in the face with a wrench which caused him to loose several teeth.

A few days ago, journalist Barbara Barend poste don Twitter: “Can all men (heterosexuals and homosexuals) please walk hand in hand this week?” This is how #allemannenhandinhand (allmen hand in hand) campaign started, which became viral in social networks in a few hours.

Alexander Pechtold, Dutch leader of the liberals, showed up to the Parliament holding hands with Wouter Koolmees, one of his colleagues, and then uploaded the image to his Twitter account using the hashtag.

Since that moment, celebrities, politicians, police, businessmen, and citizens from all over the world have shown solidarity by publishing photographs in which they are holding hands with another man to express their support to LGBTTTI communities.

Take the movement on your hands and lets together stop homophobia.