They’re handsome, trans and you must follow them in Insta 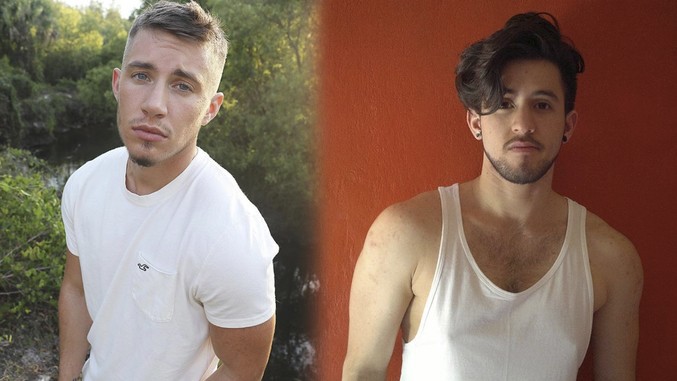 If there’s one thing we’re sure of, we love to join in the happiness of the LGBT community. We know the road isn’t easy, especially for those who feel they were born in the wrong body, as is the case for people who identify as transsexuals. In order to celebrate pride and happiness this week and to show our deep respect and admiration, we’ll share some Instagram profiles of trans guys you have to follow. You’ll fall in love!

He’s one of the two Mexicans that top our list. When you scroll through his photos, you can see the transformation process. You’ll get to see a window into his world through his videos so you can reflect on what you know about trans guys up to now. He’s a reason for admiration and for courage.

Jaimie Wilson is a musician, model and actor. He lives in New York and he’s charming. He almost has half a million followers and he’s very popular among his fans. His transformation is a dream that, little by little, he’s seen come true. Jaimie is a true example for the LGBT community and for all trans kids who are still not sure how to begin their change. Your eyes will fall in love!

Ian's appearance will make you wonder again and again if he really is a trans guy. He´s not the typical muscular guy to the stereotype that most of the LGBT community sees. He’s tender and very funny. Unlike the others, his transformation process is not documented in his photos, but what we’re sure of is that he’ll make you smile again and again for his sense of humor. Just start following him and you'll see what we mean.

Pablo Mateo is a Mexican trans guy who decided to share his transformation through the social networks with the LGBT community. He’s just 26 years old and has over three thousand followers in his Instagram account. He loves animals, the beach, painting and drawing. Follow him and discover his day-to-day and take it as inspiration to achieve your dreams. Pablo Mateo is a charm!