Tom Daley and his naked photos! 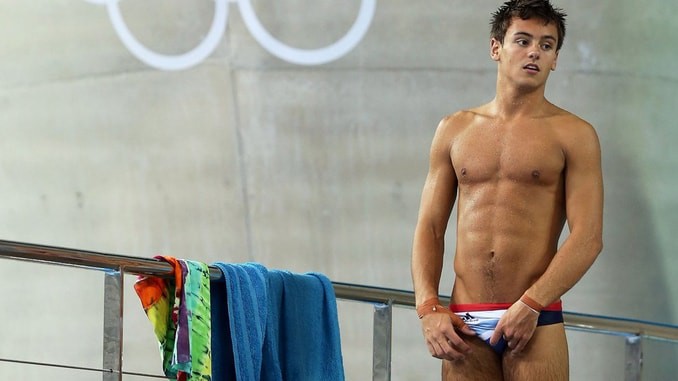 The Olympic medalist is involved in a scandal after photos are leaked in which he appears completely naked and in the company of a man who is not his current husband Dustin Lance Black.

It is well known that the diver had several affairs when he and his partner decided to break their relationship and then get married. Time in which he admitted having sexted with one of his fans and it is precisely from that time the origin of the images.

The original video and that Daley sent on the Snapchat social network to one of his fans lasts approximately six minutes. It seems that it was in the hands of the hackers who leaked two images from it. In the first you can see the naked back of a man, but not his face. In the second, Tom appears lying on the bed where the previous photograph was taken, in which he uses only his Olympic ring.

One of his best friends says that actually these photos correspond to the video that Tom Daley sent for Snapchat before he resumed his relationship with Oscar winner Dustin Lance Black: "They are from the time they had broken for a few months, and it's something that the two had previously talked about, but in the end they came back together. " And yes, they returned to get married in an elegant wedding that took place in the gardens of Bovey, in Devon, England.

The 23-year-old medalist and his legal representatives have already contacted the website that leaked the photos to request that they be removed and while this happens, Tom has no choice but to continue showing us his ideas through his channel. YouTube in which it has more than half a million followers.