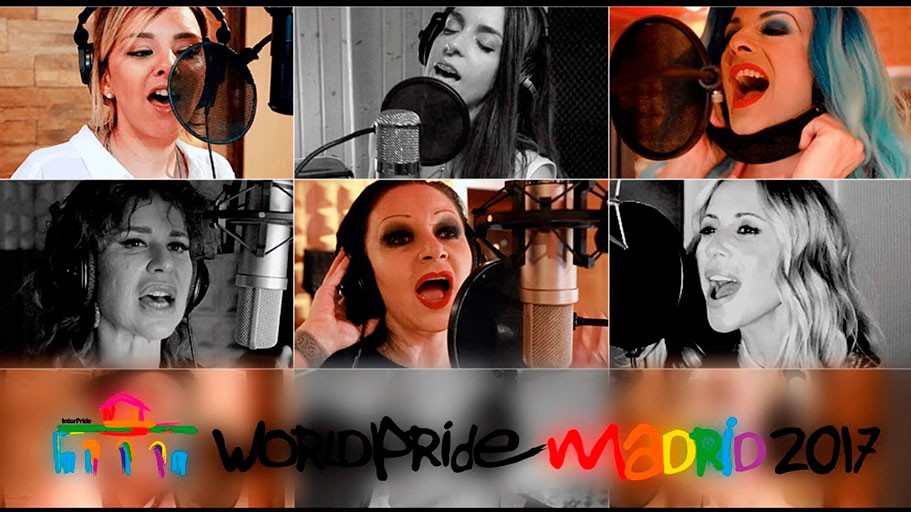 A very well-known song was re-recorded to celebrate LGBT pride in Madrid: “A quien le importa” (Who cares), but this time with voices of inspiring people all over the Spanish community.

This song written by Carlos Berlanga and Nacho Canut has been chanted for many years by the LGBT community not only in Spain but in lots of Spanish speaking Latin-American countries.

This time and to commemorate the proudest month of the year, the Collective in Madrid decided to take the song as the official anthem.

Several Spanish artists were invited for the 2017 version, some of them with International fame like Chenoa, Alaska, La Prohibida, and Martha Sanchez.

This new version was made by Jun Sueiro, the present producer of Fangoria. The making of video of the recording by Pablo Carrasco premiered at the end of June and you can see famous artists singing this popular song that made the community crazy. The excitement of feeling the support from your favorite artists makes everyone proud, gay or not.

It is totally worth listening and dancing to this 80’s hit popularized by Alaska and Dinarama not only on pride days but all year long. So turn up your speakers, enjoy and feel the pride!