What you don’t know about condoms… 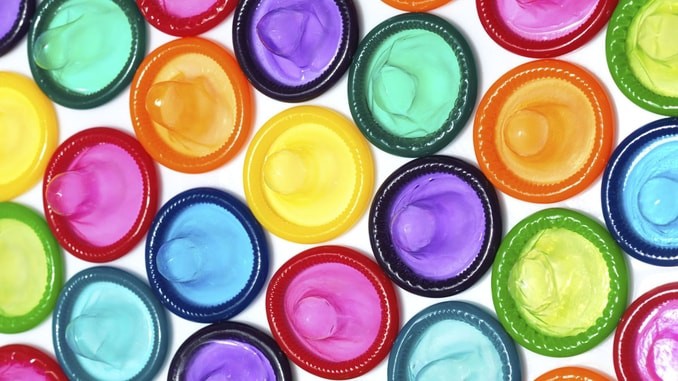 We’ve all heard about condoms, about their importance, the benefits you get from using them and the myths. You have even told jokes about them, I’m sure. But aside from all that, condoms are an everyday object that must be taken seriously. There are things that you may not about them, check out this historical data that very few people know about the male condom.

The history of condoms goes back beyond several centuries – they’re not an invention that belongs only to modernity! The first records of condom use date back more than 12 thousand years ago. And no, they were not made of the same latex and materials that we know today. Earlier civilizations interested in practicing safe sex began with…. animal tissues in order to protect themselves. Lamb intestines, believe it or not!

More than 5 billion condoms are sold each year!

While you’re reading this, there are hundreds of people buying and using condoms – at this very moment. One fact that we love is that almost half of the people who buy condoms are women. Who would’ve guessed that!

Yes, we know that you have a friend who says he only buys the Magnum condoms. But don’t worry about that, it’s just a marketing ploy. Condoms vary by mere millimeters from one presentation and another. You know, brands always want to sell something.

Do you think all of them are made of latex? No. There are actually many people who have a strong allergy to latex. They use condoms made of polyisoprene and polyurethane. So, if you belong to this allergy statistic, latex alternatives are a good option to protect you.

There was a time when condoms were objects used to transport drugs. Drug traffickers put cocaine, for example, inside the condom. Then, a person who would take the drugs from one location to another would swallow the drug-filled condoms. This was a very dangerous game to play given that condoms were not made to stand up against our stomach acids. This resulted in several people dying when their stomach acid ate right thought the latex causing an instant and massive overdose when it was absorbed into the body.

Condoms are the most effective defense against the Human Immunodeficiency Virus (HIV). A disease for which there is still no cure and is the cause of thousands of deaths around the world every year. Used correctly, condoms are over 90% effective at preventing the spread of HIV.