Why we love Disney-Pixar’s Coco 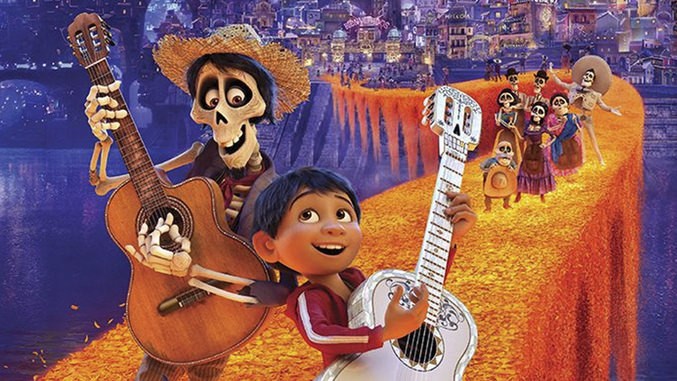 Undoubtedly, one of the most blockbuster Disney-Pixar film films to date is Coco. The film that brought our Mexican heritage and culture to the big screen as well as explaining to the masses our Day of the Dead traditions. We agree with the Oscars that Coco is the Best Animated Film. If you already saw the movie, we know you loved it. If you haven’t seen it, here are ALL the reasons to love Disney-Pixar’s Coco, and then – go see it after reading this!

For many, death means only loss. But, here in Mexico, death is a celebration of life as we don’t believe that death is the last stop. Each year on the Day of the Dead, we remember our relatives or friends who’ve passed on so that their souls will know that we will never forget them and we will always remember their shared happiness and life. After seeing Coco, your perception about death will change.

Every aspect and every moment of Disney-Pixar’s Coco is inspired by different places or traditions in Mexico where the Day of the Dead party is celebrated. In the movie, you’ll see clues about Mexican cities and small towns that were taken as a reference to create the film. Some of them are Pátzcuaro, Michoacán; Guanajuato, San Andrés Mixquic and Mexico City.

In addition, the music will cheer you up and we know you’ll end up adding the songs to your playlist.

In addition to the main characters of Coco who’ll make you laugh and cry, Mexican celebrities have cameos in the film as well such as Frida Kahlo, Pedro Infante, Jorge Negrete, El Santo, Maria Félix, Cantinflas and the revolutionary hero of Mexico Emiliano Zapata!

Coco is a film that not only portrays our Mexican culture and traditions, but it’ll also make you reflect on life and see death in another way. After seeing the movie, you’ll surely want to mount an altar on the Day of the Dead every year to remember your loved ones who are no longer by your side.

Now prepare your snacks and get comfortable in your favorite armchair to enjoy Coco, we know you’ll love it!