Now you can exercise naked! 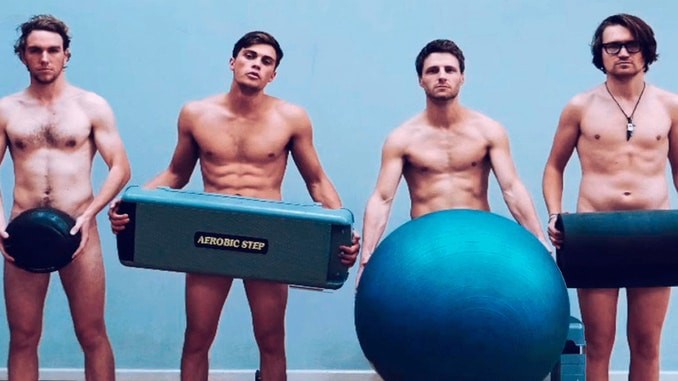 Can you imagine being able to exercise naked and in public? This new modality of naturist gym has arrived and it seems that it will be a success. At the end of 2017 it opened the one that is considered the first nudist gym, this in the city of Paris, France.

What will make the difference with other gyms? For many it has been difficult to accept the idea of ​​seeing other people without clothes around them, doing their exercise routines as if nothing happened, as if nothing were. That is not the complicated issue, the complicated thing will be to resist to see the turned bodies that daily visit the gyms.

The creators of the concept do not refer the idea to exhibitionism, but to "train with freedom". The Naturist Association of Paris decided to take a step forward and open the Roger Le Gall as the first nudist gym. And yes, as initially thought, the news has gone around the world.

Julien Claudé-Pénégry, spokesperson for the Naturist Association, said "this comes from an opportunity proposed by the city. We were many frustrated naturists who felt that we could not enjoy our city one hundred percent and now there is a space for us. "

The space of the nudist gym that also has a swimming pool, is only for nineteen people training at the same time, the demand towards the idea has been so successful, that in the first days of opening they received about 400 requests to be part Roger Le Gall. And it is that this is not limited only to members of the association, there are days in which anyone can exercise and live the experience. Would you dare?